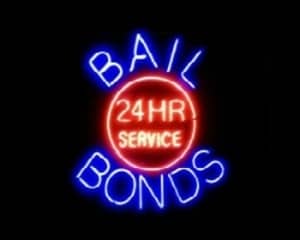 Nothing good ever happens after midnight. We’ve all heard well intending parents proclaim this saying at one point growing up. The truth is, they were right. This is why at Rush Bail Bonds we never close. We have several 24 hour bail bondsman standing by and ready to take your call at a moment’s notice. There’s never a convenient time to be arrested, lucky for you we’re prepared for the worst night of your life.

It’s simple. We have the most experienced and professional 24 hour bail bondsman in the business. 24 hour bail bonds is our specialty.  Our staff is highly trained and know the legal system inside out. The judicial system can be confusing even for the most seasoned of attorney’s. With Rush Bail Bonds by your side, rest assured we are working diligently and swiftly to get you out within 24 hours after your arrest. As a family owned company, we have a deep passion for this community and helping people get back on their feet. When you thrive, the entire community thrives. This is why each and every one of our 24 hour bail bondsman makes every effort to get you out of jail as soon as possible. The sooner you’re released from behind bars, the quicker you can get back to your job and your family.

It’s 3 a.m. and I just got a call from the county jail. My daughter is in jail facing serious charges. Is it too early to call Rush Bail Bonds? Great question. It’s never easy when a loved one is in trouble. We’re here for you. Pick up the phone and call us. Bail bonds 24 hours bail bonds is our motto.  Our bondsmen are standing and ready to help your loved one get out of jail. This is more than a business for us, our life is committed to making your life easier. We always answer our phone, day or night, holidays and weekends.

What is bail and how do you pay for it?

Bail is the amount of money a court orders an inmate to pay before being released from jail. By law, an inmate must make his or her first court appearance within 24-hours of their arrest. At this hearing, a judge will look at the charges filed against an individual and their criminal history, if any. Often the county prosecutor will then make a recommendation to the judge as to what the bail should be set at. This is only a recommendation and the decision is solely up to the presiding judge. Once the judge sets bail, a 24 hour bail bondsman is there ready to get you out.

The judge set my son’s bail at $50,000. How are we going to come up with that much cash? We get it. It’s hard to plan for unexpected expenses, such as an arrest. By working with a 24-hour bail bondsman, you only need to come up with 10-15% of the bail amount. Rush Bail Bonds offers a variety of flexible payment options, including cash and credit card. We can work with you to lessen the financial burden of this difficult time. The last thing we want you to worry about right now is your finances.

After you pay the bail bondsman fee, we work with the courts to bond your loved one out. Once released, you are responsible to make sure your loved one follows through on the terms of their release. This mean they need to show up on time to court hearings and other legal proceeding. If the accused fails to follow through, you are on the hook for the total bail amount. This is why it’s so important to respect the legal system and the judicial process. After the case is closed, your contract with Rush Bail Bonds is terminated as well.

Getting a phone call from the jail at 3 a.m. is a nightmare. But, this is no dream. It’s very much real, with real devastating consequences. The hours an arrest can be chaotic and confusing. They don’t have to be with an experienced 24 bail bondsman by your side. If you’re still unsure about what to do, at the very least give us and talk to one of our 24-hour bail bondsman. Our staff is more than prepared to give you free information and the advice you need to make a well informed decision. Don’t go through this traumatic time alone. We can get you out of this nightmare, even if it’s after midnight.