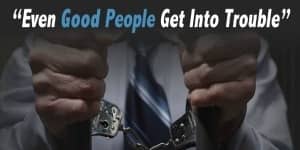 The average size of a jail cell is about 48 square feet, slightly larger than a king size bed. Now imagine spending every waking moment inside that cold and cramped space with someone you don’t even know. Sounds uncomfortable right? Trust us, it’s awful. This is why you need Rush Bail Bonds on your side. We own the most reliable bail bonds 24 hours a day operation in all of Alabama. With an experienced bail bondsman agent by your side, you can get out of that cell and back into the comfort of your own home as quickly as possible.

24 Bail!  Yep. We never close. There’s never a good time to be handcuffed and booked into jail. In fact, getting arrested will most likely be the most traumatic event you will ever experience, especially if it’s the first time. This is why we make highly trained and licensed bail agents available 24/7, 365 days a year. If you’re arrested at 2 a.m. we will be up at 2 a.m as well, working on getting you released. We are bail bonds 24 hours a day company because your time matters.

I’ve been handcuffed and arrested.  What now?

At this point, you will be driven to a county jail and the booking process will begin. We work in Madison, Tuscaloosa, Jefferson and Shelby Counties. So, let us know specifically the jail you are being booked into. During the booking process, you will have your mug shot taken, you will receive an inmate number, a health evaluation and your fingerprints will be taken. Officers will also do a full body search and then give you a jail jumpsuit to change into. This is when you’ll be locked into a holding cell until you make a first court appearance.

What happens at my first court appearance?

This is where you will be officially charged with a crime and your bail will be set. During the first appearance, also known as an arraignment, you will also be read your right to a speedy trial and your right to an attorney. If you can’t afford an attorney, one will be appointed to your case. An appointed lawyer is also known a public defender. And most importantly , this is when a judge will set your bail. Bail is the dollar amount you must pay to get out of jail. It’s basically an insurance policy to guarantee you will appear at future court hearings.

How is bail determined?

A judge takes into account several factors when determining bail. Your criminal history, alleged crimes, risk to public safety, if you’re likely to skip town or court hearings are all considered in making a decision about bail. If you have strong ties to the community and if you’re employed can help lower bail in some cases.

My bail is $100,000? How do I pay this? Once you’re bail is set you have several options to pay the bill. If you have the cash on hand, you can pay the total amount out of pocket. However, you may not receive your money back until the end of your case, which could take months even years. Even when the case is over, there is no guarantee your bail will be refunded. To ease the financial burden, you can work with a licensed and experienced bail bonds agent. By working with a 24 hour bail bondsman, you only need to come up with 10%-15% of the bail amount. Rush Bail Bonds offers a variety of flexible payment options, including cash and credit card. Bail bonds 24 hours 7 days a week is what we do.  We can work with you to lessen the financial burden of this difficult time. The last thing we want you to worry about right now is your finances. We often require our clients to post collateral as well. Collateral will only be collected if you fail to show up to court hearings as required under the terms of your release. We accept property, jewelry, cars and even bank accounts as collateral. The best way to avoid a collection of collateral is to show up to court for hearings and your trial.

There’s never a good time to be arrested. This is why we never close. When we started this bail bonds 24 hours a day company more than 15- years ago we set out to make a difference in our community. It’s hard to be a productive member of society when you’re locked up behind bars. We know the sooner you get out of jail, the sooner you can eat dinner with your family, take your children to school and get back to earning a paycheck. Call Rush Bail Bond at (205) 682-6001 today. We’re standing by to get you out of that tiny jail cell and back to your life!