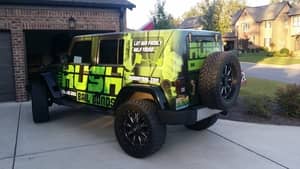 At Rush Bail Bonds we pledge to make posting bail in Birmingham or elsewhere in Alabama fast, easy and affordable. We will ensure you completely understand what the bail bond process is and what your responsibilities include when you post bail for a friend or loved one. We will also work with you to create a flexible payment plan to ensure that you can comfortably afford to post the bond. We encourage your to give Rush Bail Bonds a call at (205) 543-9209 as soon as you have learned someone you care about has been locked up so we can start the Alabama bail bonds process as soon as possible to ensure a quick release.

What Is A Bail Bond?

At Rush Bail Bonds we have developed a fast, professional process to get your loved one released from jail.

When You Call Us We Will:

Don’t let your friend or family member sit in a cell any longer than necessary. Contact the friendly team at Rush Bail Bonds as soon as you learn of the need for a bail bond to get the fastest release possible! Call us 24/7 at (205) 543-9209 to request a bail bond in Birmingham, Huntsville or any other municipality in Shelby, Tuscaloosa, Madison or Jefferson County.