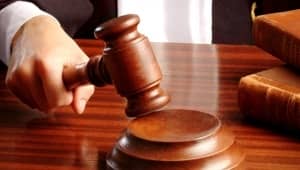 We know you’re watching the clock. Every minute that goes by without your brother, boyfriend or best friend behind bars is be excruciating. Life just isn’t the same without them. This is why it’s so important to work with an experienced bail bond agent. At Rush Bail Bonds, our bail bond agent requirements are stringent to insure the you are getting the best in the business. Your time is valuable, we promise not to waste it.

You have your choices of bail bond companies. But, as you’ll find, none of them stack up to Rush Bail Bonds. We are the most reliable and trustworthy bail agents in Alabama. We have more trustworthy, professional and courteous bail bond agents than any other bail bond company in Alabama. All of our employees meet the bail bond agent requirements outlined by the State of Alabama. So what does this mean for you? It means every agent you work with has completed a 20-hour in depth course about bail bonds and the judicial system. During this course, every student will learn about bail bond principals and state laws. After they’ve completed the course, every agent must pass an exam to be licensed in the State of Alabama. Bail bond agent requirements are demanding but serve a crucial role in the success of your release.

Bail bond agent requirements – what are they?

The hours following an arrest are chaotic. It’s a very emotional time. Now, more than ever, you need someone who knows the legal system and knows how to get your loved one out of jail quickly. This is where we come in. Because all of our staff meet the state bail bond agent requirements, you know you are getting an expert in this field. Once a judge sets bail for your loved one, you have two options: pay the entire amount with cash or hire us and only pay a small percentage of the total bail. Financially preparing for arrest very seldom happens. This is why so many people turn to us for help. By co-signing a contract with us for your loved one, you will pay 10%-15% of the total bail amount. So, if bail is set at $10,000 you would pay between $1,000-$1,500. Once this fee is paid, we work with the jail and court to get your loved one out. One they’re out of jail, the accused must appear on time to scheduled court hearings. As a co-signer, it is your responsibility to make sure the accused follows through with the terms of their release. If your loved one does not show up to court, a judge can issues a warrant for their arrest. Then you are financially responsible for the total bail amount.

The last thing we want you to worry about right now is money. That is why you hired a bail bondsman agent.  We offer a variety of payment plans to make bail financially feasible. In addition to our fee, we often require you to put up collateral to guarantee payment for the total bail amount if the accused fails to show up in court. Collateral can be anything of value such as property, jewelry, cars and even stocks. If the accused violates the terms of their release, we will collect the collateral to pay for their bail amount.

What happen if the accused is arrested while out on bond?

Good question. If your loved one is out of jail on bond and is arrested again, they will go back to jail to face new charges including violating bail. A judge may revoke their bail, and they may have to stay behind bars until their trial or the case is resolved.

When is the best time to call Rush Bail Bonds? Right now. We are standing by ready to help you at a moment’s notice. We are available 24/7, 365 days a year. There’s never a good time to be handcuffed and booked into jail. This is why we are the bail bonding agent that never closes. We are committed to helping the great people of Alabama get back on their feet. Regardless of the charges filed, we treat every client with respect and dignity. We believe everyone is innocent until proven guilty. We aren’t here to judge- that’s up to the judicial system. We are here to help and get you out of jail now! Rush Bail Bonds is your extended family in a time of crisis.  Call us today at (205) 682-6001.